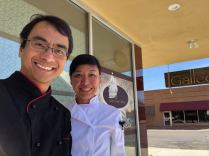 The Galleon was created by Dr. Manny and Chef Susan Barias in 2016 based on curiousity on the similarities of the Filpino, Mexican and Spanish cuisines- all countries across continents but with common culinary traditions because of centuries of common history.

A Brief History of the Galleon Trades

The Galleon Trades era dates back to 1565, when the Spanish Monarchy began inter-colonial trade between Mexico and the Philippines. With Miguel de Legaspi leading an expedition aboard the San Pablo, the Monarchy established what would be known as the Spanish Galleon Trades. This economic exchange connected North America and Asia. For 250 years afterwards, galleons carrying treasures from both continents sailed across the Pacific.

Galéon de Manila or La Nao de China, as it was known, was part of the Spanish Treasure Fleet. Each ship sailed across the Pacific carrying gold and silver from Acapulco, Mexico and brought back precious silks, perfumes, and spices from the ports of Manila, Philippines. This trade allowed the Spanish to trade with the Philippines, Japan, Taiwan, China, and the Spice Islands. 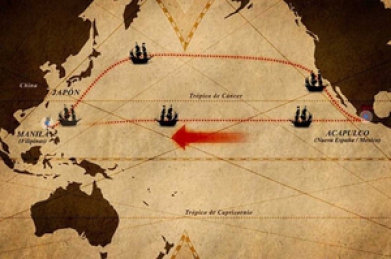 The exchange of goods also allowed an exchange of cultures. The galleons carried Chinese merchants and Filipino sailors. The Philippines was governed from Mexico, almost being considered its province. Filipinos eventually integrated into the Mexican society and were collectively called "chinos". Thus leading to the exchange of "las ideas, las palabras, las maneras de vida, las artesanías y las artes". 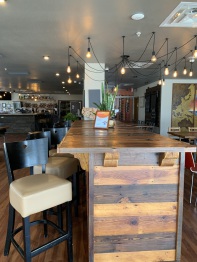